My family and I went to the Takasaka children’s nature zoo in Saitama yesterday.

We often go to various zoos because my daughters like animals.

The unique characteristics of this zoo are that there are athletic facilities, a library, a museum of Peter Rabbit and others.
I don’t know why there such places in the zoo.
But my daughters enjoyed playing everywhere and eating rice balls made by my wife.

Capybaras can take a hot spa in the zoo.How cute! 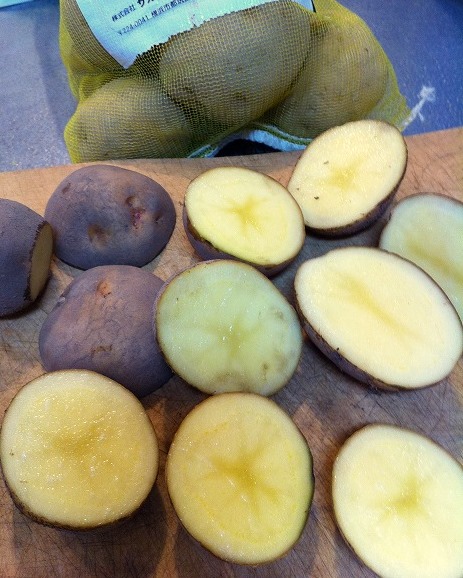 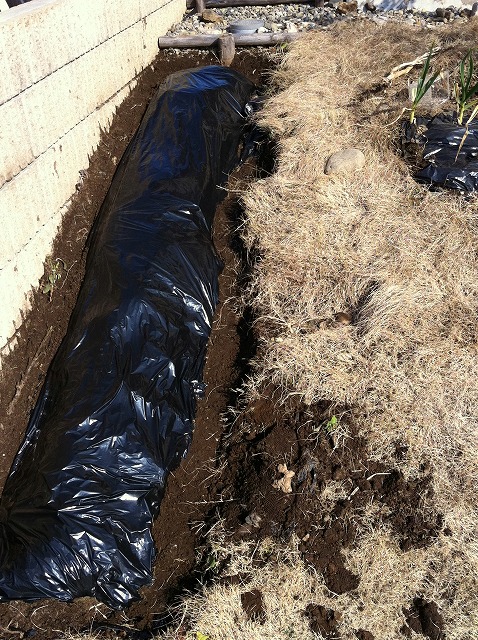 Yesterday I bought seed potatoes at a home improvement store and planted them in my garden.
There were various kinds of potatoes at the center because now is the first planting period of this year.
I chose the “kitaakari” potatoes because they were early season cultivar and I would be able to plant the other vegetables in a harvested field.It took 270 Japanese yen per 1 kg.

When I came home, I sliced all of them in half except for the small ones.I fertilized calcium superphosphate and turned a high furrow.I covered the field with black mulching to warm the earth since it was a somewhat cold day.And I planted the cut end surface of seed potatoes downward.(There was the book written about planting potatoes upward. But I planted them by ordinary method.)You can see the garlic in right side of the second picture.

This is my third time taking on the challenge of growing potatoes.
The first try was a poor harvest.But last year my second try produced a good harvest
I hope that there will be a plentiful harvest this year, too.

The second half of the meeting was as follows. 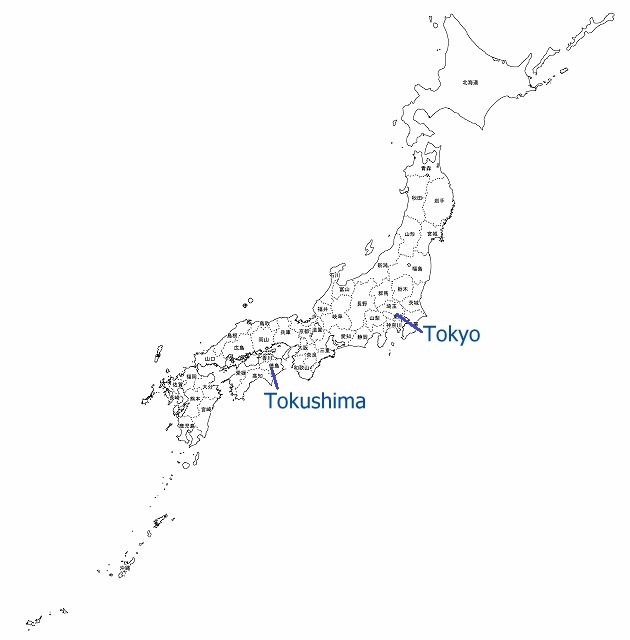 1 A bamboo cup and bal convention

The professor held the world bamboo cup and ball convention.
(Actually, they were held only between Tokyo and Tokushima.)

Through this way even if the elderly were living alone, they can enjoy such games and attend local community activities.

Every morning, if every elderly were to weight themselves on the scale and tweet in the timeline, local doctors can make diagnosis easily.
And the local brand will be developed as a healthy city.
(But the professor said that some women don’t like to use this scale.)

Through the meeting, the two stories about this project impressed me.

１ To copy the project is easy but to put into practice is difficult.
The method to solve the problems is based on implicit knowledge.
２ The continuity of the project requires a circulation of money from within a local community.

I learned a lot.

The other day I heard a very impressive practice about measures to deal with the ageing society from the university professor who majored in science and technology.
Recently there are many news about the elderly.Foe example the family with an elderly person who had already died long years ago have received his annual pension.It is said that “Extraneous society” is called “無縁社会” in Japan.

The proffesor suggested that twitter can help to connect the elderly and society.That is to say that everyone has to try not to leave the elderly alone.
For example when the elderly get up in the morning, they can tweet “Good morning” through their iphone and get support from the people’s responses.
Besides elderly people can tweet about health and living consultation.When there are no replies to the elderly, there will be supporting people who will call these elderly or visit them.

The profesor explained two ways to adopt the method.

１ The university students make the iphone application.
２ The committee that will be doing these project holds two courses, one for elderly people and another for the people supporting the elderly

I thought that the idea was simple but to put into practice was so difficult.

In the second half of this meeting, the interesting test was done.
I will write about it next post. 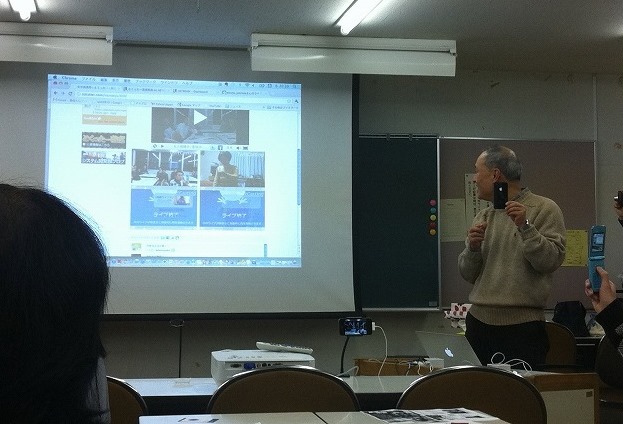 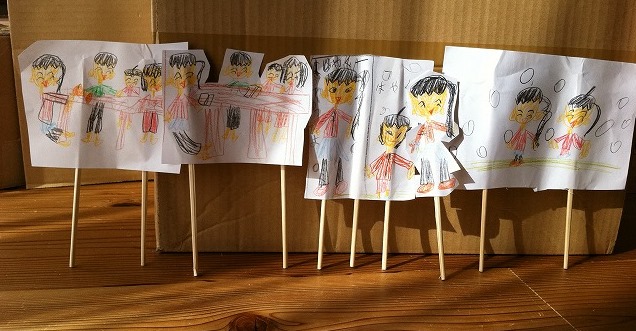 My seven-year-old elder daughter really likes to make something.
My wife and I have never told her to make anything, but she is always making “origami” or drawing an illustration or others when I see her.

Children always want to create something.
Even though most of children watch TV or play video games for long time, she doesn’t. I am proud of her habit
(Of course my daughters sometimes watch TV )
I think that the way to express herself is more valuable than the way for assimilation of knowledge
The photo I took was paper work that she made for a theater play.
She played her original story with her younger sister in my house.

I think that the best way to grow her ability is nothing to say to her.